History of Kargopol museum began in 1919, when a tradesman Kapiton Kolpakov gave his own collection of about 600 items to department of public education. An exhibition was arranged in his house. Nowadays the Kargopol Museum of History, Architecture and Art is the state cultural institution of Arkhangelsk region.

Studying the history of Kargopol area is one of the key issues in the museum.

Today Kargopol is the district center of Arkhangelsk region. It is situated on the Onega river, 3 km away from its source in the Lache lake. The nearest railway station is Nyandoma, 76 km away. Kargopol is 474 km from Arkhangelsk and 893 km from Moscow.

1146 is accepted as the foundation year of the town, though the first reliable reference in chronicles is dated by 1447. In the 16th-17th cent. Kargopol was an important Russian trading center. With the foundation of Arkhangelsk and St. Petersburg, it lost its former significance.

Kargopol is the hometown of Alexander Baranov who was the first chief manager of Russian settlements in North America. The town’s embankment is named after him; there you can find the stele in his honor.

Nowadays the museum is a large historical and cultural complex including 13 architectural objects in Kargopol and its vicinity, 10 of them being monuments of federal and regional significance dated by 16th -19th cent. Among them there are unique examples of wooden and stone architecture. Natural historical landscape in which they are preserved makes them even more expressive and interesting.

Many of these buildings house the exhibition halls of the museum.

The museum staff will introduce you to the originality of the northern area, its history and culture, will provide exhibition tours, workshops, walks in historical places and country trips.

Let’s have a look at museum objects.

Cathedral of the Nativity of Christ, 1562 (29, Baranov embankment)

It is the oldest monument of architecture in Kargopol. The cathedral is situated on the central square, that is also called Cathedral square in its honor. The cathedral has preserved its five-tiered icon-screen, a masterpiece of icon-painting and carpentry of late 18th century, and a 17th century fresco.
On the ground floor there is a unique collection of painted ceilings – “skies” – from the wooden temples of Kargopol area.

The bell-tower is the tallest building in Kargopol (61,5 m) and is situated on Cathedral square. It was built when the town had been reconstructed according to regular plan. On the upper level of it there is an ensemble of bells, they ring every day at noon. The bell-tower is open to the public in summer. Its platforms afford an excellent panoramic view of the town.

This church is part of the architectural ensemble of Cathedral square. The building houses an exhibition “Kargopol area since early times” dedicated to the history and culture of the area since the Stone Age and Slavic colonization times.

The only classical style church in town is located in its southern part. It houses the museum exhibition and concert hall with a display of icons, carved wooden images, manuscripts, church art. On Christmas Day, Easter and other holidays the museum choir “Svetilen” gives concerts of Orthodox and classical music.

It is located in early 20th century historical building. It displays folk art represented by the rich ethnographic collections of woman’s costume and head wear, embroidery and weaving, carvings and wood-paintings.

Some rooms are used for temporary thematic exhibits and displays of collections, some of them being brought from museums in other cities and private collections.

The museum complex includes wooden churches. The nearest architectural ensemble, the Church of St. John Chrysostom with a bell tower, is 5 km from the town in Saunino village. This 17th century tent-roofed church preserved its painted ceiling – “sky”. The tent-roofed Chapel of St. George is 50 km away in Oshevensk village (Niz), and a five-domed Church of the Epiphany is in Lyadiny village (Gavrilovskaya), 35 km from Kargopol.

Welcome to Kargopol and the museum! This will be an exciting journey! In 2019 Kargopol entered the UNESCO Creative Cities Network (UCCN) in the category “Crafts and folk art”. In 2020 it entered the association of the most beautiful villages and towns in Russia. 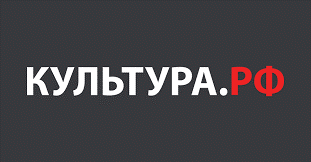 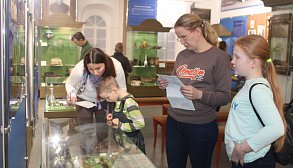 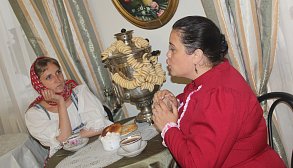 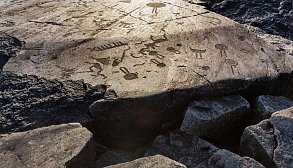 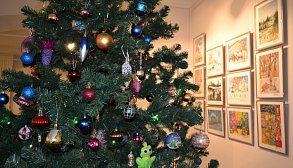 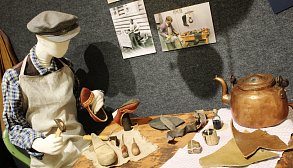 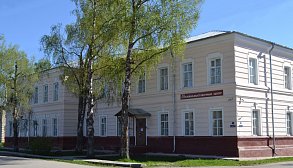 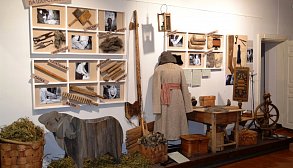 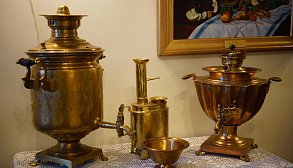 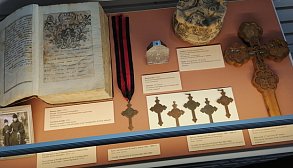 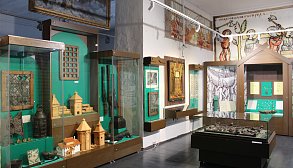 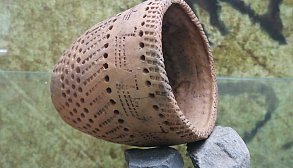 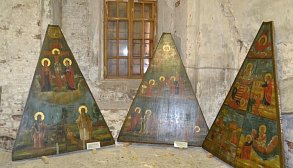 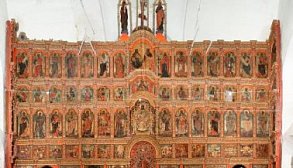 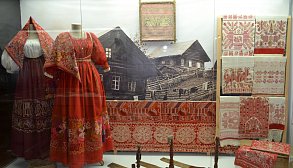 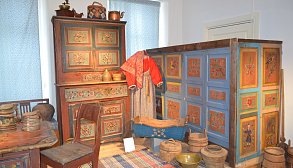 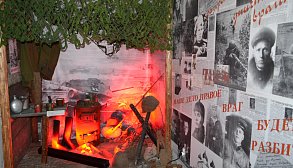 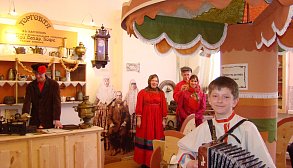 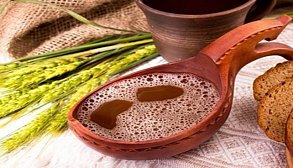 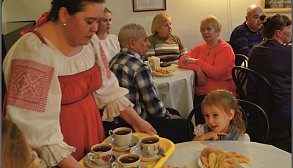 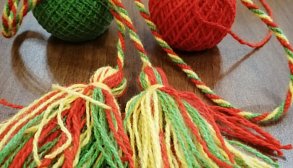